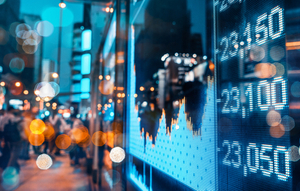 Welcome to our June update for the investment markets. We take a quick look at some of the key factors that have been influencing the stock markets and could continue to do so over the coming months. Whilst investors may be hoping for stability, we’re afraid uncertainty continues to be a defining influence.

The UK continued to grapple with the thorny issue of Brexit, which ended the tenure of Theresa May in June. This was followed by rounds of voting to name the next Conservative leader. On 23rd July, Boris Johnson was named the new leader of the Tory party after beating Jeremy Hunt.

With Conservative candidates holding opposing views on Brexit, it’s unsurprising that uncertainty has played a major role in the UK investment market in recent weeks.

Another defining characteristic of the UK market has been woes in the retail sector, continuing a long-term trend of a declining high street. Over the course of June:

It’s expected that these two key trends will continue to affect UK stocks in the future. But there is some good news: The FTSE All-Share Index closed the second quarter up 9.4% recovering from losses made in the final quarter of last year.

Of course, Europe is being affected to some extent by the ongoing Brexit discussions too. With uncertainty on how trade between the UK and member states will change affecting businesses.

In other news, Spanish manufacturers report the worst conditions seen in six years. The closely watched HIS Markit purchasing managers’ index fell by 2.2 points in June to 47.9. With it entering contraction territory due to a challenging economic environment, it could signal the start of a slowdown across the eurozone.

The big news coming out of the US this month is a truce on the trade war with China. It all began in 2017 when the US launched an investigation into Chinese trade policies and imposed tariffs on billions of dollars of Chinese products in 2018. China responded in kind. Both US and internal firms have said they’ve been harmed by the trade war.

At the G20 summit in Osaka, Japan, a deal was struck, but the question is: How long will it last?

In more US-China related news, Chinese telecoms giant Huawei has faced increasing scrutiny from the US following concerns about its links with the Chinese government and fears that equipment could be used to spy. However, following the G20 talks, statements from Donald Trump have implied that restrictions could be eased in the future.

The US equity market continues to be characterised by volatility, though at the end of June the US stock market hit record highs.

Following the victory of the Bharatiya Janata Party in the Indian general election, stock markets rallied. In late May, immediately after the election, the Sensex surged 900 points to cross the 40,000 thresholds for the first time ever. However, volatility has been experienced throughout June, with the stock exchange remaining relatively flat when dips and peaks are smoothed out.

Rising Middle East tensions have led to the price of oil increasing. Tensions between the US and Iran have continued to escalate over the last few weeks. Coupled with an agreement to reduce production between OPEC members and Russia being extended for the remainder of the year, it’s a price rise that could have a knock-on effect for many other industries.

Keep an eye on our blog for the latest investment market updates.

If you have any concerns about your investment portfolio in light of recent events, please get in touch.

Please note: The value of your investments can go down as well as up and you may not get back the full amount you invested. Past performance is not a reliable indicator of future performance.

The ongoing war in Ukraine, rising interest rates and soaring inflation could be pushing some economies towards recession in the coming months. This uncertainty has caused real volatility in global stock markets. Indeed, 2022 was the worst first half of the year for developed market equities in more than 50 years. As an investor, you

The intriguing science behind why we sleep

Sleep might be something you don’t give much thought to, but a good night’s sleep is vital for your wellbeing. If sleep is something you struggle with, you’re not alone. According to a YouGov poll, 1 in 8 Brits says they have trouble falling asleep every night. And around a quarter of people say they