Age UK: Pensioners could run out of cash without proper planning 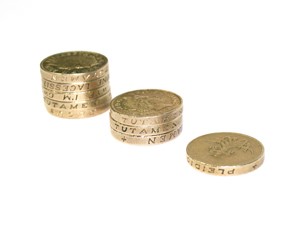 The new pension rules, coming into effect this April, will enable those over 55 to take as much money as they like out of their Defined Contribution (DC) schemes, at lower tax rates.

In addressing the new system, Age UK has expressed concerns that some pensioners could use up their savings within ten years. The organisation has called for pension providers to develop “jam jar” tools to help people understand the state of their pension resources so they can handle budgets and control their money. Age UK also urged that people be able to see a “pensions dashboard”, which would collect data from all of their pension schemes, including their state pension entitlement, so it could be seen in one place.

The charity based its ten year calculation on a 65 year-old who has built up a pension pot of £29,000. Taking a sum which assumed that the pot increases in value by 3% a year, the organisation developed a model which demonstrated that someone withdrawing £3,000 a year from the fund would run out of money by the time they were 75. Withdrawing £2,000 a year would mean the savings pot would disappear by the age of 81.

According to Age UK, a Treasury spokeswoman said:

”The radical pension reforms are intended to give retired people an increased choice of what to do with their money, and had been almost universally welcomed by consumer groups and pensions experts. The government believes that people who have worked hard and saved all their lives should have the freedom to decide how to use their savings and the guidance to help them make good decisions.”

Under the pensions changes, holders of DC pensions will be able to withdraw as much money as they like from their pots. The first 25% will remain tax-free. Holders will be liable for income tax on the rest. Age UK have also commented that more action should be taken against pension liberation scams, which encourage people to cash in their savings early. The charity called for the pensions industry to work with regulators, the government and the police to prevent such scams.

With the new pensions freedoms and other changes, one thing is certain: receiving genuinely independent advice on what to do with your pension has never been more important. With the new freedoms, planning what exactly should happen with your pension pot throughout your retirement is vital. Doing so means that not only can you make sure your savings last throughout your later years, but also that you can be sure you’re able to spend your pension doing whatever you had planned for it when you started saving for your ideal future.